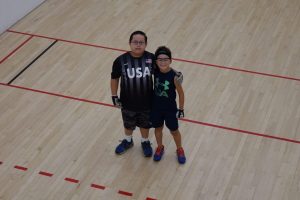 Tucson, Arizona- 8-year old Luke Lambert played in his first handball tournament at the ’18 Tucson R48 Pre Qualifier/JR WPH Battle of the Border Singles and walked away with the most prestigious award of the event: the JR WPH Sportsmanship Award. 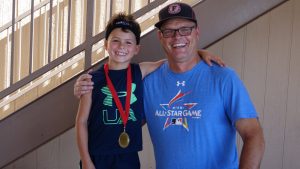 Lambert competed in all of his matches with a huge smile, taught handball to the younger kids at the event, and exemplified all that is great about handball and competition throughout the day. Lambert only started playing handball just three weeks before the event and has not missed a day of practice since his first day hitting the ball. “Luke really picked up the handball bug and he’s loving the sport,” stated Luke’s coach Abraham Montijo.

“Luke was really proud of the Sportsmanship award and it certainly was a meaningful bonus to what Luke referred to as “one of the greatest days of his life!” stated Luke’s father Greg.