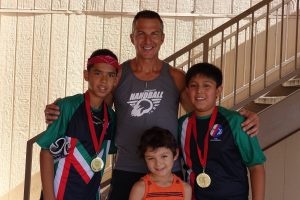 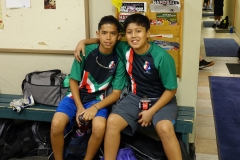 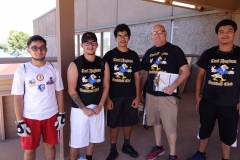 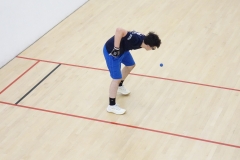 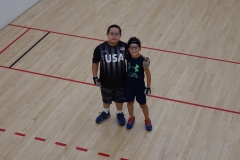 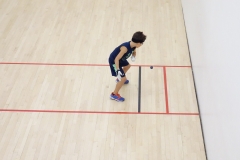 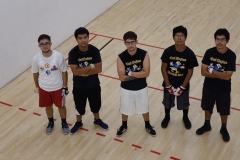 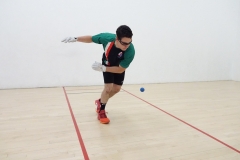 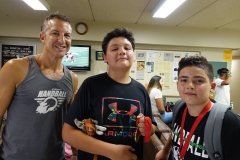 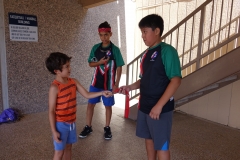 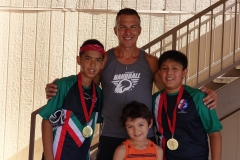 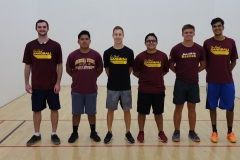 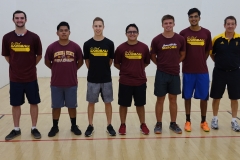 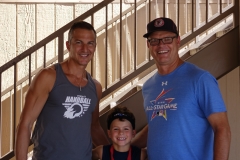 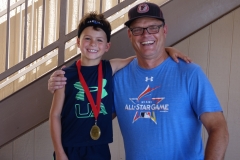 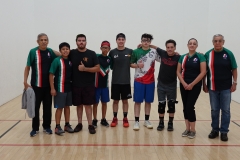 Key was too strong in the final, using his power serve and a number of hard kills and passes to earn his first A title.

The B singles showcased the future of the sport, as the 18 junior players from Mexico, Tucson, and Phoenix had combined for more than 20 national titles. Each of the players in the 18-player field was under 19, giving this bracket a national championship vibe.

Andres Cordova, the younger brother of the R48 Elite 8’s “Flying Cordovas” entered the field at the last minute, but made the most of his 11th hour entry. Cordova ousted Tucson’s junior phenom Ayden Brule in the quarterfinals, followed by another impressive victory against Tucson’s Sophia Della Croce in the semifinals to advance to the final. Awaiting Cordova in the final was Cordova’s JR WPH Juarez teammate Eder Renteria, who overcame Tucson’s Miguel Sandoval and Phoenix’s David Frances to advance to the final.

In a matchup of what could be the top two players in the world in 10 years, Cordova’s left hand was too strong for Renteria, as the southpaw claimed the title.

Rene Sosa and Antonio Rivera played the most exciting junior final of the event in the Contender Singles, as Sosa overcame a one-game deficit to clinch the title against Antonio Rivera.

8-year old Luke Lambert played in his first handball tournament at the ’18 Tucson R48 Pre Qualifier + JR WPH Singles and walked away with the most prestigious award of the event: the JR WPH Sportsmanship Award. Lambert competed in all of his matches with a huge smile, taught handball to the younger kids at the event, and exemplified all that is great about handball and competition throughout the day. Lambert only started playing handball just three weeks before the event and has not missed a day of practice since his first day hitting the ball. “Luke really picked up the handball bug and he’s loving the sport,” stated Luke’s coach Abraham Montijo.

“Luke was really proud of the Sportsmanship award and it certainly was a meaningful bonus to what Luke referred to as “one of the greatest days of his life!” stated Luke’s father Greg.

Keep an eye out on juniorhandball.org, as new clinic opportunities and recaps pop up weekly. Want to coach a clinic or a junior handball program? Need more information regarding junior handball? The Junior WPH group spans multiple countries, continents and oceans with clinics happening daily. We can help! Contact WPH Development Director David Fink at david.fink@wphlive.tv

To enable Junior WPH to continue to host junior handball clinics and tournaments across North America with Certified WPH Coaches, the World Players of Handball invites you to make a tax-deductible donation today in supporting the growth of the game. 100% of the donations received by the WPH go towards junior handball development.  Donate on-line here, or send your generous gifts through PayPal (extremehandball@cs.com) or by mailing checks to:  WPH, 3561 E. Sunrise Dr. Suite 125, Tucson, AZ, 85718.